Now that I’ve finally got a wee while to sit down and update the blog, I shall! Things have been really busy of late meaning that I haven’t been able to tell you my thoughts on this year’s IBM convention in Eastbourne, something I intend to change with this entry.

Eastbourne (or “God’s Waiting Room!”) is the usual “even year” location for the British Ring Convention and this was my 6th visit to the town. The week started slightly differently this year, however, as I travelled down to Ashford in Kent to visit my cousin Janice and her partner, Kate, for a couple of days. Until the start of this year, I had not seen Janice in some 10 years. Now, due to one thing or another, I’ve seen her at least 4 times in the last 8 months! Funny how things go like that. We spent part of Monday going around the local factory retail outlet place so I could try to buy a pair of shorts as it was very, very warm. Instead, I ended up with a new pair of jeans – couldn’t find shorts anywhere! 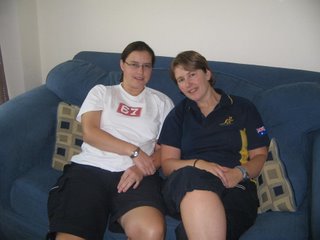 On Tuesday, Janice and I went to Canterbury for a few hours. A really nice city with one of the most amazing Cathedrals I’ve seen. We also went to see the “Canterbury Tales” exhibit, but I have to warn you that we both felt that it was not worth the £7.20 charged to go round it. 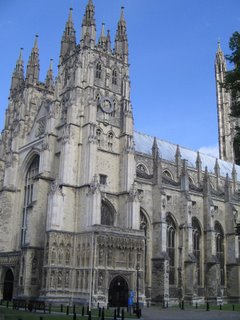 Wednesday morning and I had to get the 9:30am train direct to Eastbourne as I was wanting to register for the Convention and get in to see the John Carney lecture that was due to start at 12noon. I enjoy listening to Carney lecture and, even though I had seen most of this lecture before, I was not disappointed. Great magic, great theory and great advice. If he is lecturing in a town near you at any time, go see him!

After that, it was time for the first wander (the first of many such wanders!) through the Dealers’ Hall, where I managed to catch up with a few friends that I don’t get to see that often. The Dealers’ Hall is where we can buy all the latest tricks, books and DVDs, but there was very little this year that could be called a “trick of the convention”. Pity, really. 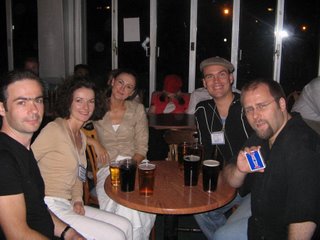 Michael and Lisa Close were the first I saw and spent a great wee while catching up with them. As ever, Michael fooled me really badly with some great magic. I also got one of the best bargains of the week when I bought his Palming e-books from him. I cannot recommend these highly enough to you, in fact I urge you to go to Michael’s website and order yours now! Oh, and on a personal note, Mike and Lisa if you ever get to read this, good luck with the new addition to the Close family!

The rest of the Convention was, for me, a series of highlights. Socially, it was an amazing week hanging out with friends and showing each other tricks. The Fringe (brilliantly organised by Fay Presto and Richard Pinner) was great fun with a few real “stand out” acts during the week. Personal favourites included Tim Shoesmith’s word-for-word performance of Terry Seabrooke’s Burn Note In Wallet routine, all done in Tim’s own inimitable style and John Lenahan (also known to some as “Talkie Toaster” from series one of Red Dwarf) who turned up, got up on stage and told a few stories, all of which were hysterical! I would also add Julie Carpenter to that list, but anyone that knows me would just think I’m being biased since she is a really close pal. Just to go off topic for a moment, Julie helped me through the rough patch right after my Dad passed away back in July and for that, I will be forever graetful. Thanks, Julie! 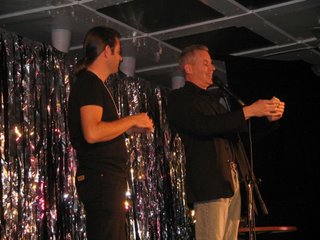 Right, back to the Convention. The Stage Competition was the usual mix of brilliant acts, as well as downright awful ones. The real highlight for me was Graham Lee, best known as a Balloon Modeller, the group of us that were sitting together were wondering what he would do. What he did was fool the hell out of us with some brilliant magic – all done with balloons! The Linking Rings where 2 balloons made into loops were linked together visibly! No cover, no funny moves – nothing! And it fooled the hell out of us all!!! Brilliant stuff. 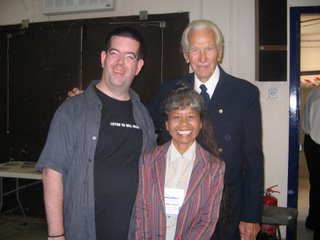 Me with legendary magician John Calvert
and his wife Tammy

Thursday night saw a show organised with a heavy accent on comedy. I loved this show, I thought it was a great evening of entertainment and I got to see John Carney perform on stage as both himself and his brilliantly funny, bumbling character Mr Mysto. How in hell he baked that wee cup cake in the guy’s shoe, I’ll never know! Yes, you read that right – he baked a cake in the guys shoe and he was able to wear the shoe immediately afterwards!!! Brilliant stuff. Another highlight in this show was Charlie Frye, a PHENOMINAL juggler from America. Whereas most jugglers start off with 3 balls and work their way up to 5 or 6, Frye starts at 5 and goes from there!!! Brilliant. The unusual thing about after the show was that, although we – the audience – had all enjoyed ourselves, the performers were not happy with the reactions they had received from the audience. At times, it is a pity that British audiences are sooo reserved, but it did not help with matters when half of the audience are over 55 years old! Still, I enjoyed it and made it clear to the performers afterwards. 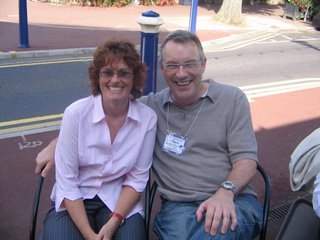 A name to watch out for – Reuben – click to visit his website. An Irish mime who does brilliant little sketches! It is said all too often, but this guy deserves to be on television! Hysterical stuff.

The Close Up Show was, on paper, the strongest line up I had ever seen. Ever. In reality, it was, however it is a real pity that the performance conditions were SO BAD! Three WORLD CLASS performers at a time, all trying to compete over the noise level of their neighbours and their neighbours’ audiences, while trying to present brilliant magic. I was really lucky to be near the front of one of the tables and got to see and hear pretty much all the magic being performed. Of those I had never seen before, Vanni Bossi had a few really nice effects, Tim Conover did a wonderful handling of John Ramsay’s Coins And Cylinder while Seth Kramer performed a wonderful 10 Card Poker Deal using MASSIVE playing cards. 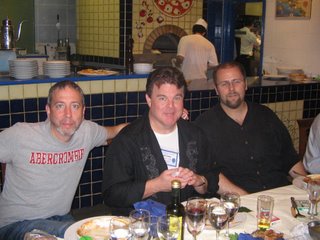 Saturrday night’s International Gala Show was amazing. Possibly the best Gala Show I’ve ever seen. From Jeff Hobson MC-ing the show to James Dimmare’s immaculate professionalism getting him through a really tough performance with doves he was not used to working with to Pilou’s Stage Magic World Championship winning act to Mac King’s brilliant act to finish (thank you for showing us your “hiccough cure”!) it was top-notch acts all the way. How could you top something like that? You couldn’t – it was simply time to go back to the headquarters hotel and party the night away.

Before the Gala Show, a small tribe of 16 of us descended upon one of the Italian restaurants in Eastbourne. The meal was very good and the company excellent. It’s just a pity I can’t remember the name of the place to give them a plug! 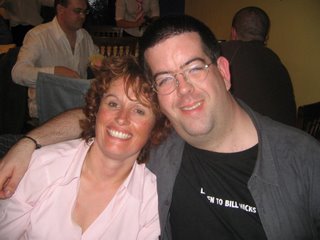 All in all, it was a great week. Actually, one of the best British Ring Conventions I’ve been to in a long, long time. I just wish it could have lasted longer. I’ll type up a post about the Close Up Competition as soon as I can.